What's on your mind?

I almost gave this post the title "I am taking this game too seriously." :)

So I have seen some posts about accessing the local database to get details of the equipment I own. I imagine this is not entirely approved by Pixel Federation. Can someone help me find the DB file? I am on a mac and I did everything I could think of to fine the file.

Alternatively I would like to use a public API if it were available, but based on my emails with PF support and posts here, I understand there is no public API available. I assume their private APIs are not easily accessible.

Every day I can access my friends list and collect material and XP from about 15 friends each day. Is there any trick to collecting from more friend every day? If I skip a day the numbers don't seem to increase. Any help is appreciated!

Yes, such a nice new layout on the wiki and here comes someone with a complaint. I hate to, but I am so sure I didn't have a problem following the list of contract steps before. I'm sure it's not just my old eyes. The list runs together and the numbers of the contracts are bulleted to the center of the text block. It takes some study to pick it out. These were separated into cells previously. 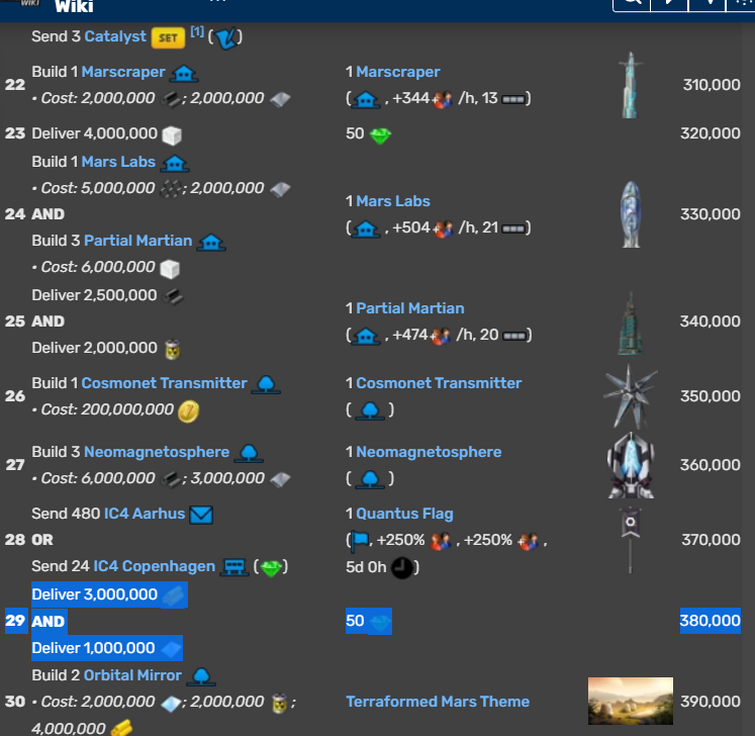 For some time the way in which the various trains arriving at the station are shown in the 'local train management' panel has been changed.

Unlike before, the different trains arriving at the station are continually put back in order but in this way when you are about to click on a train to choose to manage it it happens too often that that train is moved to the line below and then the button is clicked of the convoy that has just been relocated.

Having 130 trains in motion it happens that many arrive at the station almost at the same time and when you have decided to act on the X train this is replaced, due to the rearrangement, by the Y train just as you have already started the action with the mouse which will then be performed on the train Y instead of train X as I wanted.

I would be curious to know if other users also find this behavior useless and irritating and would prefer instead that the trains are shown in the same order in which they enter the station.

How do you find the box achements?

Hey guys...i need friends so whoever is interested can add me...

If you need materials or gold feel free to ask me

When you want to help other players or you are in need of some gold it's great to have some "carrying" passenger trains. There are some that come by contractors and some are available in the shop. But what trains are there you must have that carry freight? What freight trains are great to have when starting the game and which ones to get when you're higher up?

Replay some of your favorite freight trains and tell me what you think!

Who's artistic? As they are running a competition where you can win gems prize. Visit this page for more information: https://forum.pixelfederation.com/trainstation/d/50240-colouring-battle 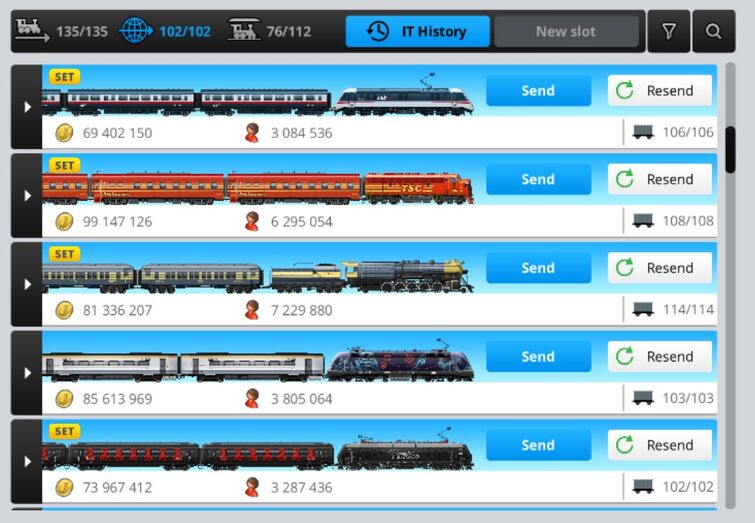